JERSEY CITY, N.J.   November 7, 2014 – Ready or not, here it is! The Main Library in Jersey City, 472 Jersey Avenue, will close five of its seven departments originally open to the public for the beginning of the construction that will make the Main Library barrier-free and accessible to people with disabilities.

The Bonetti Children’s Room, Biblioteca Criolla and the Literacy, Lending and Reference departments will be closed on Friday, November 7, 2014. Full services will be restored on Saturday, November 8.

For the latest on programs, events, and special announcements please follow the Library on Facebook (https://www.facebook.com/pages/Jersey-City-Free-Public-Library/121162594579991), Twitter (JCFPL_NJ) or Pinterest (www.pinterest.com/jerseycityPL) at Jersey City Free Public Library. Visit us on the web at www.jclibrary.org for all information on the Library, including all press releases in The Press Room. As of today, November 7, 2014, the Jersey City Free Public Library has 182,958 valid card members.

JERSEY CITY, N.J.   November 3, 2014 – If you’re looking for a kind and giving way to usher in the 2014 holiday season, the Jersey City Free Public Library has something – and someone’s story – that will warm your heart.

Damaris Aviles and her family are lifelong residents of Jersey City. Recently, she came to speak with Patricia Vega, manager at Biblioteca Criolla, about an idea she has. “I have the desire and hunger to help the unfortunate because of personal experience,” Ms. Aviles said, who has spent long periods of time in shelters, though in the states of Iowa and Rhode Island where her shelter experience was considered pleasant.

While walking in the summertime with her daughter, who was 12 at the time, both came upon a woman in a cardboard box thought for dead. When one foot began to move, Damaris approached the woman, and found out it was her sister.

Luther Wright’s speaking topic will be “Life Is About Choices.” 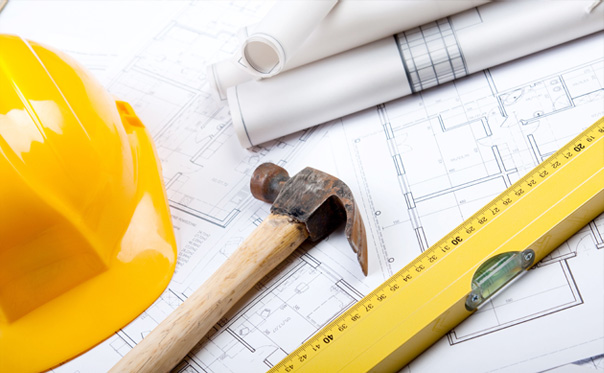 With its cornerstone set in 1899, the 115-year-old Main Library in Jersey City will be getting a top-to-bottom overhaul over the next five years, guaranteeing this historic building’s service to the public for the next 100 years.

Residing in the heart of the Van Vorst Historic District, the Main Library, by all accounts, is a community asset that is an architectural masterpiece, designed by architects Brite and Bacon. Its grand opening to the public occurred with pageantry in 1901.

According to the Library’s architect, Helena Ruman, AIA, there will be two phases of construction, owing to ongoing funding procurement. Phase I starts with creating barrier-free access to the Main Library’s building and facilities. The work will start with construction of a new entrance that will allow wheelchair-bound patrons to access the building at grade level. Public and staff restrooms on the first floor will be altered and improved with consideration for a barrier-free access. A new elevator shaft will be constructed from the basement to the fourth floor, in the rear of the building large enough to accommodate individuals with disabilities, and a sprinkler system installed in the basement.

On February 14, 19 & 22, the Jersey City Free Public Library will shine from the light from its native son, reg e gaines, who will perform at the Lafayette, Miller and Greenville branches, respectively, in celebration of Black History Month.

Reg e gaines, best known for his Tony Award-winning Broadway musical, Bring in da Noise/Bring in da Funk, has been performing in various programs his entire career, including poetry/ theater performances and workshops, guest speaking events, and public readings. Gaines is well qualified in the spoken word and stage arts. His peers have awarded him with accolades reserved for the finest of performers and writers. His list of achievements includes being a two-time Tony Award/ Grammy Award nominee, yet reg e gaines’ most laudable achievement is that he is in his absolute element when working with people. He has designed and facilitated programs, commanded the stage with an electric presence, and engaged both staff and patrons alike with an improvisational ability that had people asking about him for months afterward. Reg e gaines is a truly dynamic performer capable of taking the reins and driving the show. He speaks with authority about the arts in a non-performing context, with a commitment to the arts, service, and the cultivation of creativity. Gaines is a strong supporter of public libraries (in his hometown, Jersey City, and his current hometown, San Diego) and is utterly enthusiastic about working with the community in an effort to bring the arts into focus, especially in regards to young people.

That’s the answer given by Ward F Councilwoman Diane Coleman when Bonetti Children’s Room Librarian Francina Stevens inquired of her choices of reading material for the Councilwoman’s upcoming storytelling debut on Monday, October 6 at 11 a.m.

Each fall and spring, the Jersey City Free Public Library, through the Vincenzo Domenico Bonetti II Children’s Room at the Main Library and all nine branches, conduct special story hours for preschool children and their parents/caretakers. This is a happy time for child-adult bonding with the printed word – where stories are not only read, but many times, acted out with physical choreography, singing and interactive play with the audience. Interspersing the storytelling, the children sing songs such as The Hokey Pokey, If You’re Happy and You Know It, and Shake Your Sillies Out.